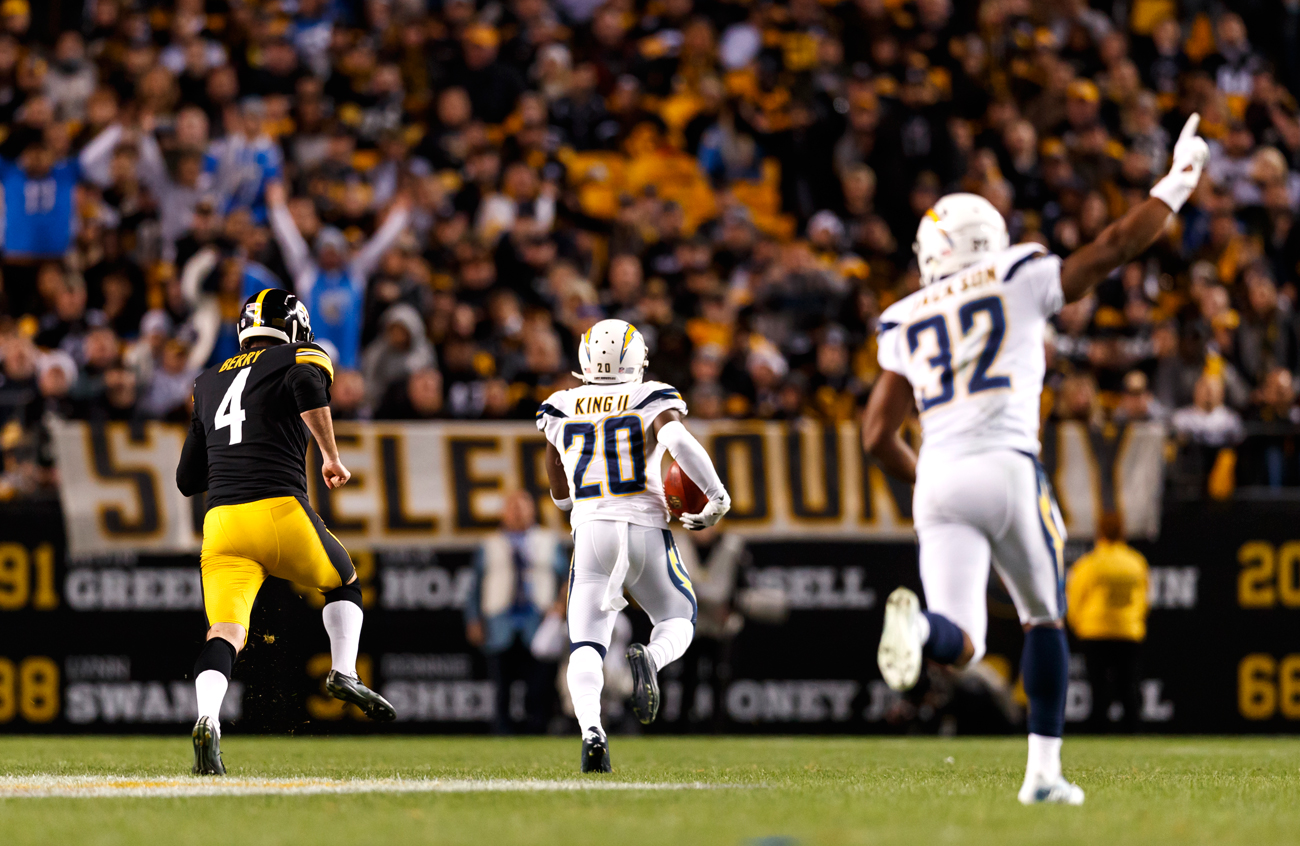 The 2019 NFL season is set to kick off less than 50 days from now. As football fans that seems so close, yet so far away. So here at HawkeyeHeaven.net have decided to try and help with some of that football withdraw.

This marks the start of a new mini series focusing on the former Hawkeyes around the NFL, more specifically the guys who have been in the league two plus seasons. This gives us a chance to get a look at some of our favorite players we may not otherwise get to see.

So why not start out with a player who encapsulates everything Iowa Hawkeye football is about. Desmond King is a tough hard nosed player who, much like Iowa Football, is overlooked and underappreciated time and time again.

After a stellar junior season at Iowa, King was a consensus All-American and won the 2015 Jim Thorpe award, given to the best defensive back in college football. Despite early projections seeing King as an early round pick, he chose to come back to the Hawkeyes for his senior season. He followed up his junior season with a second straight First Team All-Big Ten appearance and a second team All-American selection.

King’s lack of production as a senior may have been attributed to his lack of opportunity. Opposing quarterbacks shied away from him much more frequently after what he did as a junior. However, many in the NFL community were scared away by his lack of size, speed, and overall athleticism. King was also flagged 11 times for pass interference in his final season at Iowa, something many teams thought would be a problem at the next level.

After a productive college career, King had to wait until the third day of the NFL Draft to hear his name called in the fifth round by the Los Angeles Chargers. As a rookie King played in all 16 games, starting four of them. King had a substantial role in the Chargers defensive rotation right away. He participated in about two thirds of the teams defensive snaps, and half of their special teams plays.

However, it wasn’t until his second season that he truly broke out. According to Pro Football Reference, King’s role in the defense ballooned to an impressive 77% of the defensive snaps, while still logging about 34% of the special teams plays. On the surface it appears King only started eight games in 2018, but he plays as the nickel corner in a defense that uses defensive backs more than any other team in the league, which means he still sees the field more than the linebacker starting in the base defense.

In 2018 King was awarded player of the week on two occasions (Week 9 &13). King also received one of the highest honors in the NFL in 2018. King was voted First Team All-Pro as a defensive back by the Associated Press and Pro Football Focus. He was also voted Second Team All-Pro as a punt returner.