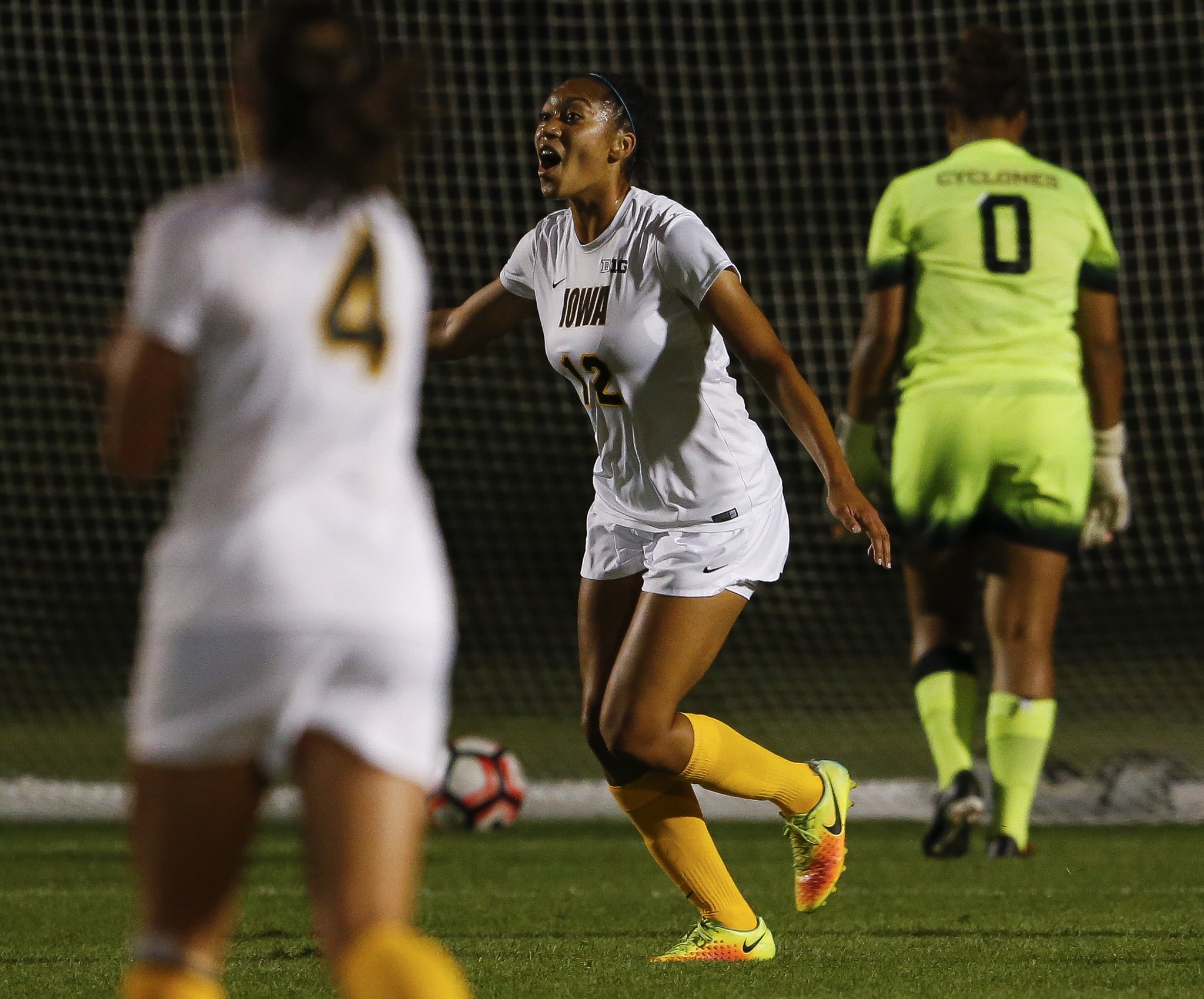 IOWA CITY – The 2017-18 Iowa Corn Cy-Hawk Series is officially underway, and the Hawkeyes have an early 1-0 lead!

Last night on the soccer pitch, the Hawkeye women took down the Cyclones in an exciting overtime duel. Sophomore Olivia Fiegel scored the lone goal in the game with two minutes remaining in the first overtime period. Senior Katy Stuenkel was credited with the assist.

Iowa has now won three straight games over Iowa State thanks to Fiegel’s overtime goal. Fiegel has scored three goals in the first two games of the 2017 season. She had two on August 20 in the season opening 5-1 win at Richmond.

The Cy-Hawk Series is special to all of the teams and fans involved. Hopefully the 1-0 overtime victory for the Hawkeyes is a precursor to some more electric Cy-Hawk events in the 2017-18 season!

It doesn't get much better than a 1-0 sudden death victory over the cyclones! Check out the highlights here! t.co/ByBouPAXmH