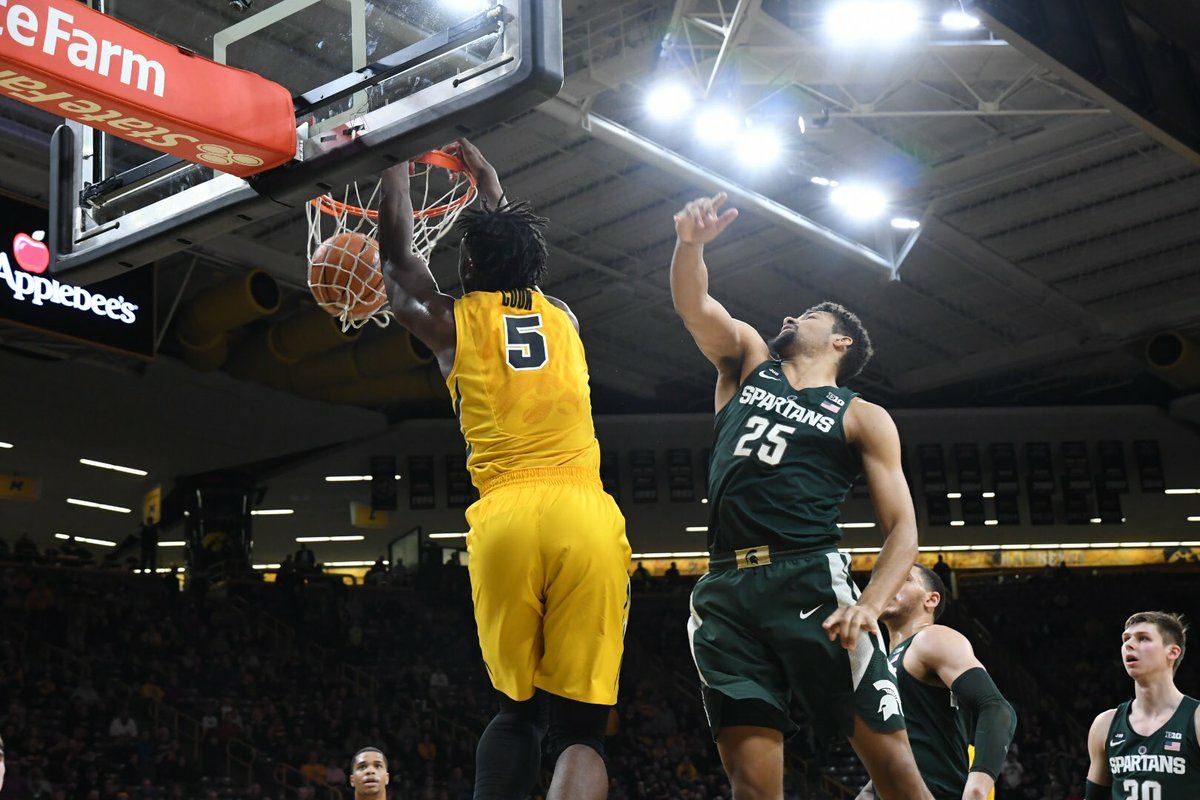 Iowa City, IA – The Iowa basketball team suffered one of their worst seasons since early in the Fran McCaffery era. The young Hawkeye squad lacked energy at times and their defense was basically non-existent for most of the season. In this day and age there’s always a chance that some players will leave in the off-season, and this year is no different for the Hawks.

Tyler Cook was the big question mark in the minds of most Hawkeye fans. He is one of the greatest recruits Iowa has landed in quite some time. He’s arguably the best recruit Fran McCaffery has landed during his tenure at Iowa. While Cook had a good year, I feared that the down year as a team could persuade him into transferring to a school in his home state of Missouri. The main school being mentioned in the rumor mill was Missouri.

Chad Leistikow, a sports writer for Hawk Central, asked Cook about his future plans following the loss on Thursday. Cook’s answer struck the fear of God into the hearts of Iowa fans.

However, Hawkeye fans were allowed to let go a giant sigh of relief this morning when Cook sent out the following tweet:

I have no desire to transfer to Missouri. I have nothing but love and respect for that program and the people there, but going to Mizzou was never the plan. God Bless

Now the optimist in me is throwing a party, but the pessimist can’t help but think that he could still transfer to a school other than Missouri. He made it pretty clear that he wasn’t going to transfer there. Cook never said he wouldn’t transfer anywhere else.

I’ll roll with my optimistic side, however, and say that this is a great sign for Iowa basketball. Cook will likely see what the NBA has to say about him, like Peter Jok did a couple seasons ago, but the most likely scenario now is that he stays in a Hawkeye uniform for at least another year. This is Cook and Bohannon’s team. That duo now has a lot of experience together, and there’s a growing amount of talent filling in around them. Tyler Cook should be able to take a long hard look at the near future of this Iowa team and realize that his opportunity to win isn’t going to get much better than this at the NCAA level.

Iowa Falls to Michigan, but Not Without a FIGHT