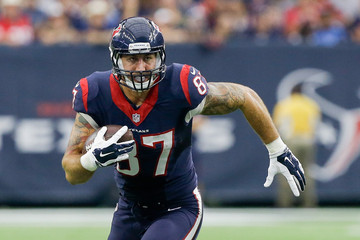 Last year, the Texans signed Fiedorowicz to a three-year, $22 million contract that included $10 million guaranteed. According to the Houston Chronicle, the Texans reworked Fiedorowicz’s contract when he retired that would reduce his base salary by $2.8 million a year.

Best wishes to C.J. in his future endeavors!