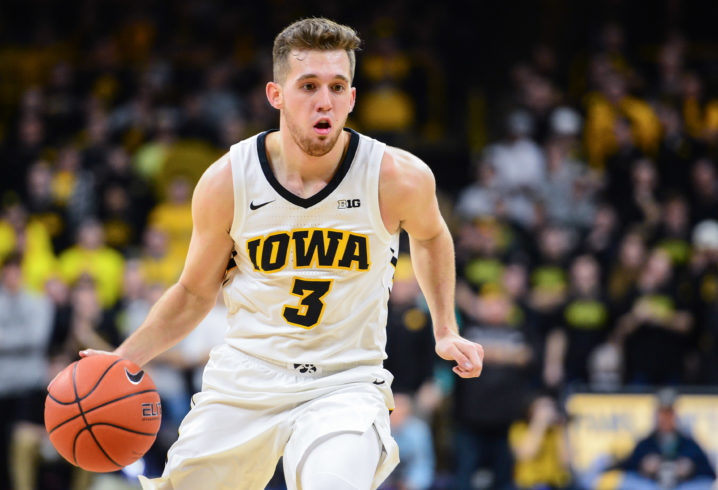 Consider this your opportunity to wipe your tears.

Having competed with some sort of ailment for what has turned out to be the majority of his college career, Bohannon deemed it time to go under the scalpel. “I want a shot at playing, but I’ve been hurt so much these past couple years, I just want to take some time and get my body right,” Bohannon told HawkCentral. “Especially having just one year left, I want to make sure I’m 100% going into the season for once.”

The Marion, Iowa native experienced and played through plantar fasciitis during his sophomore campaign and began dealing with the hip issue prior to the start of the 2019-2019 season. The pain resulted in cortisone shots before and after games, with the pain increasing as the season continued.

Following Iowa’s 83-77 loss to Tennessee in the second round of the NCAA tournament in 2019, Bohannon sought the expertise of the team’s medical staff and also consulted the team physicians of the NHL’s Chicago BlackHawks. Following the second opinion, playing through the pain was an option for the would-be senior, but he ultimately determined surgery would be the best option.

While the much anticipated return of the Hawkeyes’ go-to guy still hangs in the balance, there is a possibility, albeit a small one, that Bohannon could return near the beginning of basketball season in 2019. The recovery from both surgeries does take between five and nine months. Optimistically, he could return by mid-to-late October.

While there is a chance for his return, Bohannon admitted he is doubtful, especially considering the fact that the 21 year old has never experienced surgery and he also wants his last season in Iowa City to be a complete, not partial one.

“I’m thinking the worst, that I’ll probably have to redshirt,” added Bohannon. “I know my health needs to take priority for once. I need to make my body right and try to take care of myself for once. My body’s been so bad the last few years.”

Bohannon has not only been a focal point for the Iowa offense since his arrival in the 2016-2017 season, he’s been one of the top basketball players the program has ever seen. He currently sits in the No.1 spot for three pointers made in a career with 264 while shooting 41.1 percent from the distance, ranks seventh in assists with 471 and No. 22 in points with 1,222. He’s also led Iowa in minutes the last three seasons.

Best D in the Country? The Potential is There