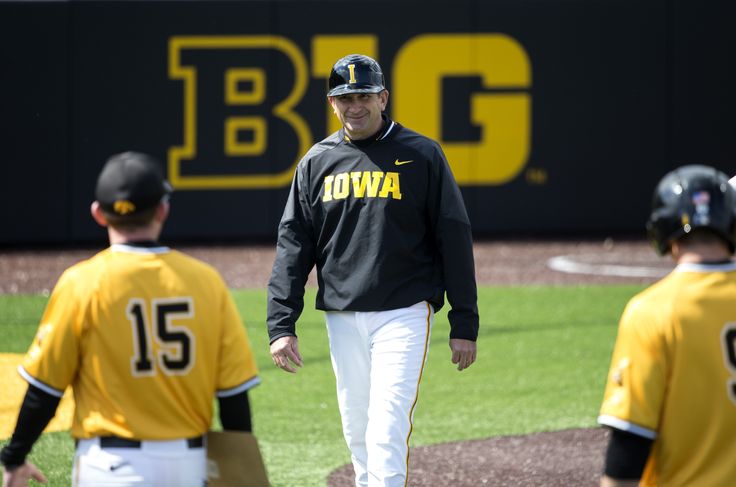 “We try to be very serious about it,” senior Luke Farley said, “but at the same time you’re playing against guys you know, you share the locker room with and you see every day, so there’s definitely friendly competition.”

The Black team swept the series in two games, obliterating the deciding game from their schedule, which was initially set for Friday, Oct. 12.

The Gold Team grabbed an early lead in game one, but the Black Team stepped up to the plate—literally.

Redshirt freshman, Connor McCaffery, put the nail in the coffin late during Wednesday’s game. In the bottom of the seventh inning, McCaffery hit a walk-off two-run home run to earn the Black Team their first victory of the series (4-3).

“It felt good off the bat,” McCaffery said. “I knew it was going to go. I was sitting fastball and he threw one right there. We were down one run with a guy on first and that was in the back of my mind, so I just put a good swing on it.”

Thursday’s game proved to be the icing on the cake for the Black Team, as they ran away with the overall series title.

The Gold Team got out early in the first inning. Gold Team pitcher, Cole McDonald, sat three down in a row. One run on one hit put the Gold Team up to an early one-run lead, despite efforts from Black Team pitcher, Jack Dreyer, to manipulate the field.

McDonald was back on the mound for the Gold Team into the second inning and allowed two base runners from the Black Team, Luke Farley and Matthew Sosa, before ending the inning unscathed.

The Gold Team came back to the plate in the bottom of the second with big swings against Black Team relief pitcher, Derek Lieurance, but were unable complete the trip home as Black Team catcher, Austin Martin, threw it down to second catching, not one, but TWO, Gold Team baserunners stealing in back-to-black plays to end the second inning.

The Gold Team took to the field at the top of the third inning with Duncan Davitt on the bump in exchange for McDonald for a quick three-up, three-down top half.

The Black Team brought out left-hander, redshirt junior, Kyle Shimp. The seasoned pitcher came out hot, throwing a fastball just shy of 93 miles-per-hour, ending the inning quickly allowing no runs, no hits and stranding one on base for the Gold Team.

Davitt stepped up to the plate in the top of the fourth inning for the Black Team and made contact in the sweet spot, which sent a line drive past the shortstop, between left and center—good for a single.

Farley followed suit, swinging for the fences. The seasoned left fielder sent one out over the right field wall for a two-run home run to put the black team ahead 2-1 in the top of the fourth. The Gold Team was unable to answer in the bottom of the fourth, ending the inning on no runs, no hits and no one left on.

McCaffery was able to draw a walk in the top of the fifth, but was later caught stealing by a throw down to second by Gold Team catcher, Brett McCleary. Two more fly-outs sent the Black Team back out to the field, while the Gold Team stepped up to bat once more.

“I think [fall games] are great; they’ll prepare us,” McCaffery said. “There’s nothing like getting live at-bats. That’s the best type of training: getting as many live at-bats as you can. Coming out here playing games against other teams and against each other…even on a day like today. It’s cold, but pitchers are throwing good and it’s good to get out and see every kind of pitch.”

Tanner Wetrich came up to the plate, guns blazing, for the Gold Team with a bomb out to right field. Black Team right fielder, McCaffery, lost the ball in the sun, which allowed it to drop just shy of the right field boundary. Wetrich rounded the bases, going for an inside-the-park homerun, but came up short and was tagged out at home.

The Gold Team kept the Black Team at bay throughout the top of the sixth, fielding and pitching cleanly. No runs, no hits and no one left on for the Black Team.

Jason Foster took to the mound for the Black Team to close out the last two innings of the game. Foster gave up two bases in the bottom of the sixth, on a walk and an overthrow, but managed to keep the damage to a minimum, stranding one Gold Team member on base, allowing no runs.

It all came down to the seventh inning.

The Gold Team brought in relief pitcher, Adam Ketelsen, who sat down three in a row from the Black Team, in a valiant effort to get his team back in the batter’s box.

Black Team pitcher, Foster, was able to hold off three more batters to notch another win for the Black Team (2-1) and the Black and Gold Fall World Series title in a clean two-game sweep over the Gold Team.

“It’s a good way to get more work and reps in during the fall,” Farley said. “Especially since we have a lot of new guys, it’s about coming together as a team.”

Kyle Shimp was the game’s winning pitcher; Duncan Davitt the contrary. Luke Farley of the Black Team was named MVP.

“I try to lead by example, work hard and show the younger guys what it takes to get a lot better each and every single day,” Farley said. “That’ll just entail success down the road.”

The Iowa Baseball team will be back in action come February. The Hawkeyes will open their 2019 season against George Mason on Feb. 15 in Kissimmee, Florida.

The Hawkeyes will be back at Duane Banks on March 6, 2019 for their season home-opener. The opponent remains to be announced.