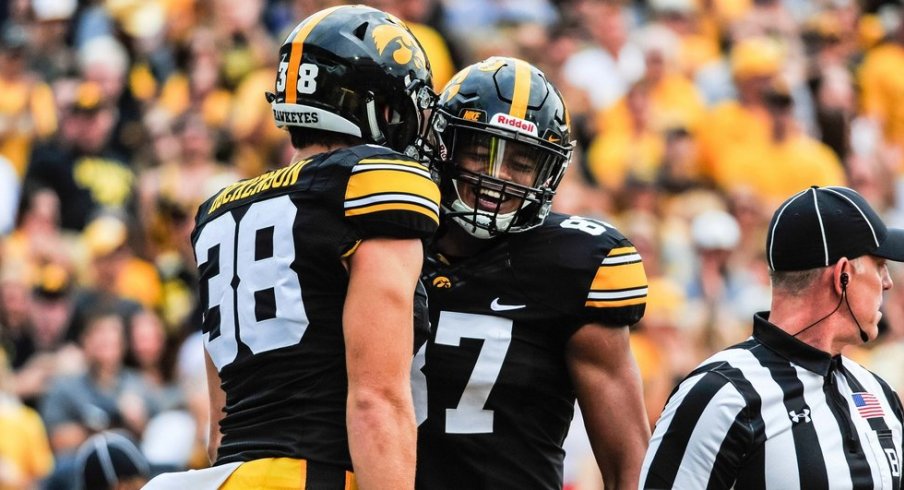 The NFL draft is right around the corner, and the Iowa Hawkeyes will have four players drafted, with the potential for more to hear their name called in Nashville this April. There are potentially great fits for all four Hawkeyes that will hear their name called, and not so great fits. However, they won’t be disappointed at all, no matter where they land. Now let’s take a look at the best fits for the four former Hawkeyes. 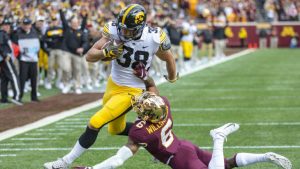 The Green Bay Packers offense lacks playmakers that they are used to having. Tight End Jimmy Graham is still under contract for the Packers, but that doesn’t mean that they don’t have room for T.J Hockenson. Hockenson should be the first Hawkeye off the board and would be utilized heavily in the Packer’s offense. Oh, and by the way, he would be playing with the best Quarterback that the NFL has ever seen not named Tom Brady. T.J Hockenson would be a great run blocker in the Packers offense and would receive a great share of targets with DeVante Graham and Jimmy Graham. After those two, the Packers next leading target was rookie Marquez Valdes-Scantling. It is fair to assume that Hockenson would get about 80 passes thrown his way, which would lead to instant production. 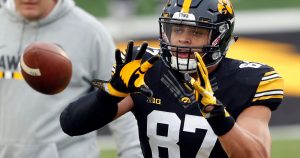 The Patriots also lacks playmakers, similar to the Green Bay offense I just wrote about. However, there is one major difference. The Patriots have GOAT coach Bill Belichick at the helm of their offense; the Packers have a rookie head coach designing plays. They also have a fantastic Quarterback in Tom Brady, and have a glaring hole at Tight End after Gronk retired earlier this month. Brady is known for making the most out of his usually limited arsenal of weapons, so it would be fantastic to see what he could do with a mismatch like Noah Fant. Fant has potential to go in the top 10 of the draft, or falling down to the 2nd round. However, there is no doubt that fitting into Bill Belichick’s offense is the best case for mister Fant. 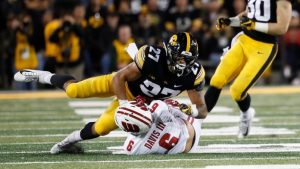 The Browns are moving on from one Big Ten Safety and would be moving to another with this pick at selection 49 in the draft. Amani Hooker is a Jabril Peppers lite, in the fact that he is able to play in the box, but also drop into coverage. The Browns have enough talent on their defense that they will be able to give him the help he needs if he is required to match up with slot wide recievers in the NFL. Cleveland is also the NFL’s most exciting up and coming teams, and Hooker would be in a position to potentially put the Browns back on the NFL map. 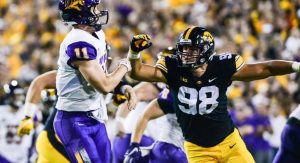 The Raiders are obviously lacking edge rushers after they traded away Khalil Mack at the start of last year, and have not rebounded on that side of the ball. Anthony Nelson would more than likely not be the first edge rusher drafted at this point in the draft (the Raiders are loaded with draft picks this year), but he would fit in nicely inside of Gruden’s scheme. Other teams are also interested in looking into Anthony Nelson on the offensive side of the ball, so there is a chance that an NFL front office likes him more on that side of the ball and takes him higher, but if he does find himself on the defensive side of the ball than Oakland would be a great place to be. Keep in mind the team is moving to Los Vegas after this upcoming season and should have decent fan support following the move.