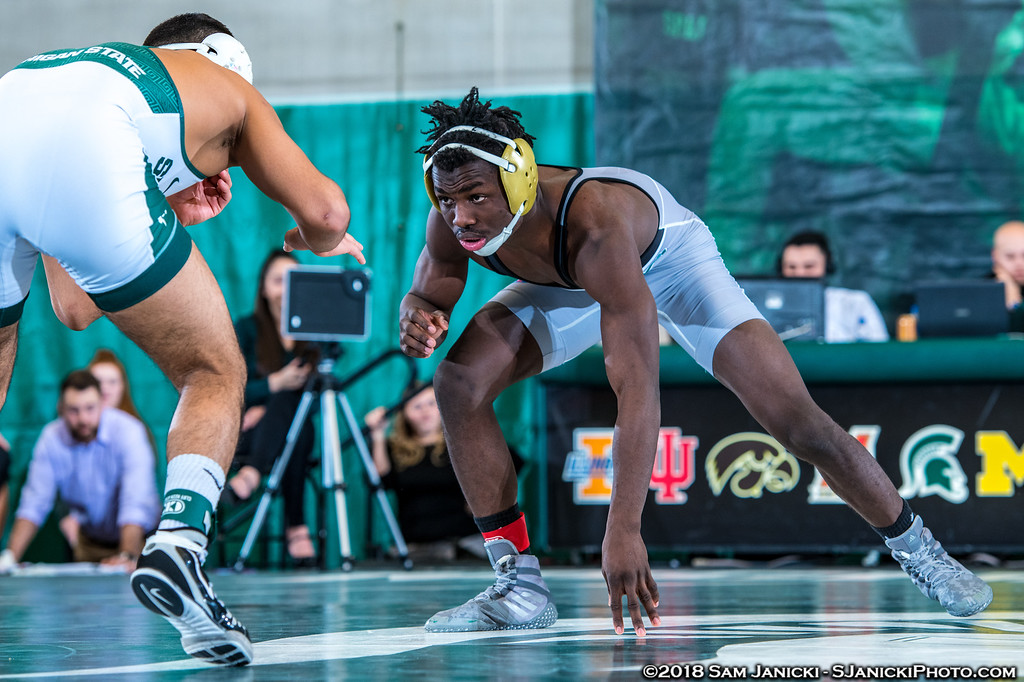 Team USA is off to a redhot start at 2018 World Cup, taking all ten matches against India in round one, but that’s not the only big wrestling news taking place in Iowa City this afternoon. IAwrestle is able to confirm that All-American Sa’Derian Perry is visiting the Hawkeyes this weekend.

A 2018 All-American at 141 pounds for Eastern Michigan, Perry’s potential transfer is your less than typical situation. Following a strong 2018 season that saw the Eagles take third in the MAC, crown their first All-American in roughly 20 years, and having their coach Dave Boylard named the MAC conference coach of the year, the EMU administration decided to drop the program (along with several other sports). Because of his current team dropping the program, the eighth place All-American becomes a defacto “free agent”.

Perry is the second wrestler looking to transfer the Hawkeyes are currently courting. Earlier this week we reported that Drexel wrestler Austin DeSanto was considering Iowa, and it was also reported by IAwrestle that DeSanto was in town this weekend for his visit. Currently the Hawkeyes have three wrestlers expected to compete for the 141-pound spot next season- returning starter Vince Turk, Carter Happel, and Max Murin. It’s currently not clear as to whether Perry would come in and also compete for the 141 spot, or if the Hawkeyes believe Perry could drop to 133 where he wrestled during the 2016-17 season.

Tony Hager Tweeted out a photo of Austin DeSanto sitting next to Spencer Lee at the 2018 World Cup:

Miles Taylor and Josh Jackson Come Through On Their Promise