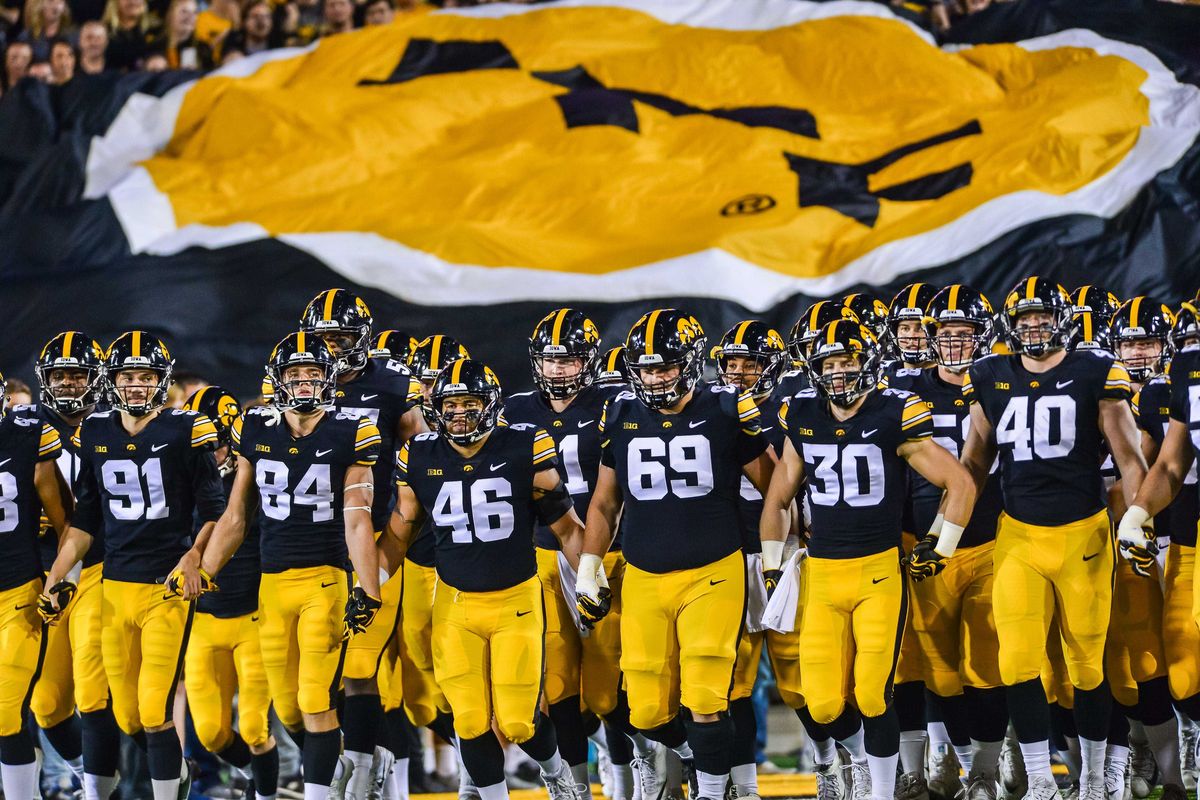 The Hawkeyes took a step in the right direction on National Signing Day. With players like TJ Hockenson, Noah Fant, Anthony Nelson and Amani Hooker leaving for the NFL they’ll have their work cut out for them if they hope to compete for the Big Ten Championship in 2019.

That quest begins with a strong 2019 recruiting class. The Hawkeyes finished signing day by adding 22 incoming freshmen to their roster. This recruiting class finishes ranked 40th in the country and 9th in the Big Ten, down one spot from 2017 where they finished 39th and 8th according to CBS Sports.

Six members of the 2019 recruiting class have already arrived on campus beginning classes and preparing for the spring game. Among those who enrolled early are four-star athletes, linebacker Jestin Jacobs and offensive lineman Ezra Miller. Jacobs is the highest ranked recruit in this year’s class. He is a 6’3” 205-pound outside linebacker who ranks 258th nationally and 16th at his position. Miller is the highest in-state recruit added by the Hawkeyes this year. At 6’6” 305 pounds, Miller looks to continue the longstanding tradition of excellent Iowa offensive lineman.

Others who have arrived on campus early are offensive lineman Justin Britt, running back Shadrick Byrd, defensive back Daraun McKinney and quarterback Alex Padilla.

Padilla is possibly the most notable from this group. A 6’1” quarterback from Englewood, Colorado. Padilla held offers from 14 schools, most notably the Georgia Bulldogs. While Nate Stanley is returning for his senior season, Padilla looks to compete with Peyton Mansell for backups reps in 2019 and potentially a starting position in 2020.

Arriving on campus in August is the rest of the 2019 class. Beginning with their second four-star offensive lineman Tyler Enders. Enders is the third highest rated recruit and another from in-state. Enders ranks 32nd at his position, one spot behind Ezra Miller.

Also joining the 2019 recruiting class is graduate transfer Michael Sleep-Dalton. Sleep-Dalton is an immediate upgrade to a position of need after averaging nearly 44 yards per punt in 2018 as a member of the Arizona State Sun Devils.

Sleep-Dalton brings the incoming class to 23, but that doesn’t mean Kirk Ferentz and the Hawkeyes are finished adding to their team. Keep an eye out for potential graduate transfers in the coming months.

The Hawkeyes are looking to build on their 9-4 2018 season, but with several key pieces moving on due to graduation or the NFL Draft, it will not be easy an easy task to manage. This recruiting class was the first step of many to get back to the Big Ten Championship game.

Thomas Hartlieb to Carry on Family Tradition as a Walk-On